Historic views of the lake Bergsee

Originally the lake "Bergsee" was only a little pond called "Schwarzsee" or  "Stadtsee". The monastery used it for fish hatching. Scheffel gave it the new name Bergsee, which means mountain lake. 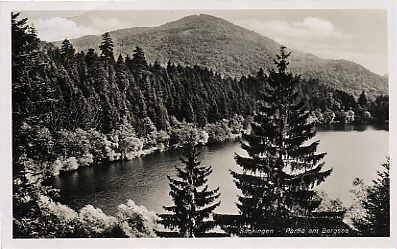 Since the 18th century there had been plans to bring the water into the "Gewerbebach" to supply the industry with water. In 1803 the lake got a new exit. The natural flow off was closed by a dam, and the water was lead through the mountain to the Gewerbebach. The lake was dammed up a lot. 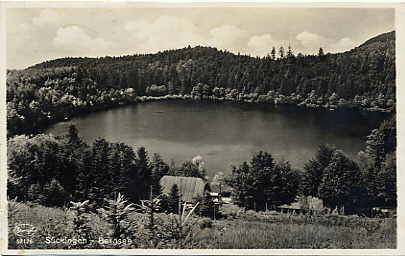 As well as this, the Bergsee became an attractive place for leisure activities. From the 19th century onwards Saeckingen residents and tourists visited the lake. Soon they build a foot path around it, and in 1873 the Bergsee Restaurant was opened. There was even a little steamboat.  In summer people could swim, in winter everybody was iceskating. 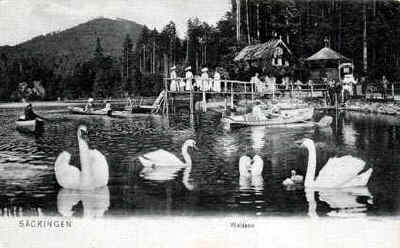 Please click on the following pictures to see them bigger.

Swimming in the Bergsee
about 1938