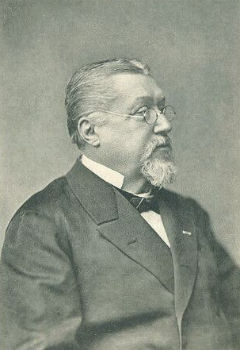 Two historical personages have most influenced Bad Säckingen's past and introduced the name of the town to the world:

Saint Fridolin, who came as a missionary to our region in the early Middle Ages and founded the monastery on the island in the Rhine at Bad Saeckingen - and the poet Joseph Victor von Scheffel, who wrote the epic poem "Der Trompeter von Säkkingen" and introduced the name of our town into the history of literature.

If you ask somebody in Germany about Bad Säckingen he either doesn't know it at all, or he asks:
"Isn't that the town with the trumpeter!?"

Meanwhile, many people know Bad Säckingen as a health resort, and they may think of the medicinal springs, but generations of tourists have visited this little town to wander through the narrow streets and look for the traces of the poet and the meaning of the omnipresent Trumpeter.
Even today we often hear visitors ask: "What about the Trumpeter? What does it mean?" 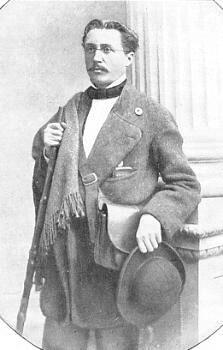 On this website, we'll try to answer this question - and some others.

Therefore we put together a beautiful collection of old picture postcards, to show how Scheffel's Trumpeter sent greetings from Säckingen to the world in countless variations.

Other cards simply give you an impression of the sights of our old town between 1880 and 1940.

If you should wonder why we call it sometimes "Saeckingen", then also "Bad Saeckingen" - "Bad" is an offical designation for a health resort (spa). Our town received it in 1978. Before that it was only known as Saeckingen, or Säkkingen in older times. 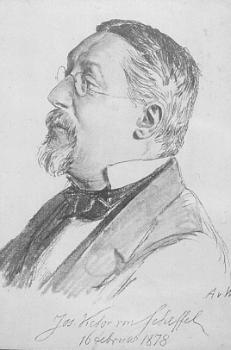