Here you can see some historical postcards of important buildings. 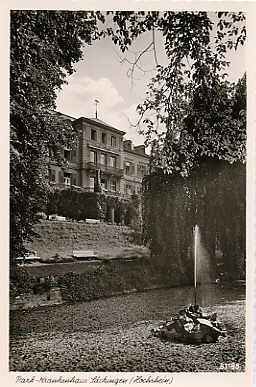 Villa Berberich, the former hospital
about 1950

Until 1932 the manufacturing family Berberich lived in this villa at the former city limits. In 1939 the town bought the building and it became part of the municipal hospital. In 1980 the new district hospital was opened, and the villa was restored and changed into a "House of Culture". 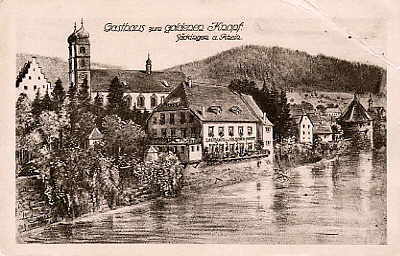 The "Gasthaus zum Goldenen Knopf" is one of the oldest restaurants in town. It's origins probably go back to the monastery lodging in the Middle Ages. Until 1860 it was located at the Cathedral Square. Then it moved to the current building beside the Town Hall. 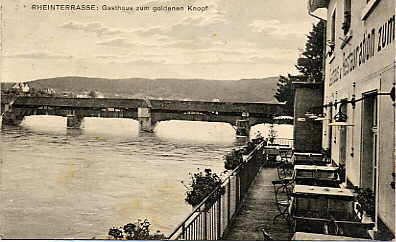 Rhine terrace of the Goldener Knopf with the Wooden
Bridge in the background. Postmark: 10/05/1926. 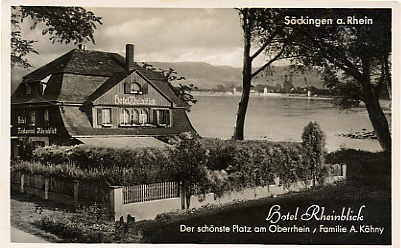 The hotel existed until 1964 when the new power plant was built. 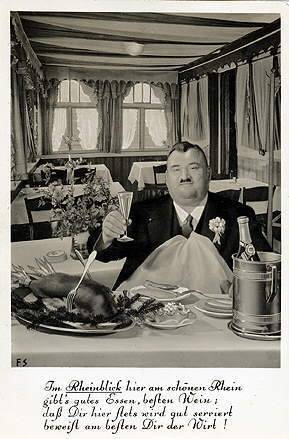 Hotel Rheinblick, "the most beautiful place
on the upper Rhine". The former owner
Mr. A. Kaehny promoting his restaurant! 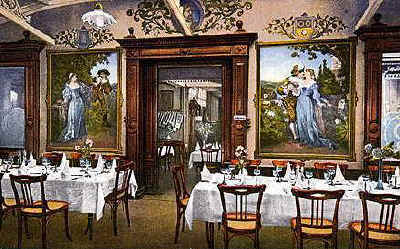 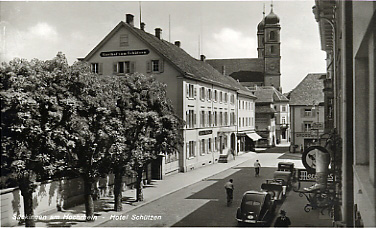 Hotel Schuetzen in the Steinbrückstrasse, about 1936
It was built in the 19th century and pulled down in 1974.

The Hallwyler Hof at the German end of the Wooden Bridge, was built in 1600. It did not burn down during the great fire in 1678 and gives an impression of the way of building and life in the late Middle Ages. In 1850/51 Joseph Victor von Scheffel lived there.

The Saeckingen Town Hall (Palais Landenberg) is the only building constructed directly at the Cathedral. Formerly the oldest monastery buildings were here. In 1850 the town bought the house. Picture: 1930